Carson asks questions.  And I answer his questions, even the ones I can’t answer. Frankly, I don’t know what would happen if you ate your stairs. I have bravely taken on his questions, answerable and unanswerable alike: Which one is both of these?  Did Alice in Wonderland go to the bathroom? How do you teach a dog not to fly? And even, How can there be a fish of a chili? A fish of a chili, I puzzle. Yes, a carp-fish, he affirms confidently. Most stunning, perhaps, was the inexplicable How come you always say no to the fun things in life? This one, of course, is demonstrably untrue. If it were true, he wouldn’t be here to complain about it.

I have bravely –or foolishly – tried to answer all these and many more. Sometimes I have gotten it right; sometimes I have been convincing enough to make him think I was getting it right. What would happen if you kicked Jesus? Why you’d get kicked out of Heaven. Easy.

It turns out not so easy; that question had a theological underpinning that not even St. Thomas Aquinas could have predicted.

So when he asked one day, What is it like to be you? I thought, Aha! Here is a question I can surely answer! After all, I am inside me most of the time, except for when I am beside myself. I know exactly what it’s like to be me. And so I told him what it was like to be me, and he was happy, and I was happy, and that was that. Next question, please.

But his childish question wasn’t put to rest quite as easily as that. It kept coming back to me, like the strains of a half-remembered melody. I sensed that there was something profound hiding inside that seemingly simple question, a kernel of wisdom that I needed to find and understand.

But the noise of rushing days drowned out the whispering melody.

One day, quite out of the blue, an elderly man showed up on my doorstep. His casual walking clothes — nondescript tennis shoes, a light sweater to guard against the autumn nip in the air, a favorite fishing hat pulled down low on his forehead – didn’t set him apart from any other retired neighbor out for a stroll.

But the obvious distress peering out from behind the mask of false confidence did. Could I tell him, please, how to find 610 N. Boulder?  He knew that was his address since he had lived there many years, and with a little bit of direction, he was certain he could find his way home.

Assuming an air of brisk cheerfulness, I loaded him up in my van and drove him home. He was apologetic, ashamed of himself for having done anything so foolish as to have gotten lost in his own neighborhood. “We all get lost,” I reassured him, cheerfully lying about how I get lost all the time, about the time I tried to find Midland after roaming the rainy outskirts of Austin for far too long and nearly ended up in Delaware instead. Delivered into the capable hands and sadly unsympathetic supervision of his wife, he was soon gone from my view, and as I supposed, from my life. For me, that should have been the end of that. There but for the grace of God, thought I.

But as the whispering autumn breeze turned to chill winter wind, the haunting melody grew louder and lovelier, What’s it like, what’s it like to be you?

Grocery stores have always fascinated me. I love to watch all the people in their various colors and kinds, ages and affects, sizes and senses, under the bright fluorescent lights. Who can concentrate on the latest prices of apples to zucchini when there are so many intriguing folk to secretly study?

I saw that polo shirt coming before I saw the man in it. So large, so turquoise!

And the pink shoes that are Pepto-Bismol Meets the Exorcist: I want them! Surely they shine in the dark!

I remember in the Sixties when a man in a pony tail was highly suspect. Now I admire them. . . the pony tails, that is.

This question is a gen-u-wine question, an honest-to-goodness question, a for reals question, a something that I truly, with all my heart, don’t understand question: why do women wear jeans that are more holes than jeans?

Did that woman over there really mean to wear such short pants with such spiky heels? Really?

And if that man is buying so many frozen dinners, does that mean he lives alone?

That cheerful fellow over there obviously doesn’t know he’s in the grocery store on the day before Thanksgiving, or he wouldn’t be so cheerful. Maybe he’s been nipping the cooking sherry.

Now let’s talk about the grandmothers. That one over there has been dancing on graves all afternoon; her arthritis must have flared up last night. But the cheerful one in the faded jeans and the has-been tee-shirt has been baling hay, not only this afternoon, but most of her life, and furthermore, she’s good at baling hay. In fact, if I had hay to bale, I’d want her to be the one baling it. Doing a brief, informal survey, I’d say the rest of the grocery store grandmothers are card-carrying members of the Hush Puppy Community, which community requires its members to wear high waters with their Hush Puppies. White socks, too.

Other old folks seriously engross my attention. The grandmother who, patiently living her life, has become weary—does she mind her stoop, does she notice that she no longer strides but measures her journey in careful paces, does she care? Does she wear those sturdy brown shoes because they’re lovely and chic. . . or because they’re too comfortable to pass up? Does vanity pass with the passage of time?

And the man who started walking by her side so many years ago and walks there still today—when he looks at her, does he see his young bride, lovely and lean and lithe, supple and strong, as she once surely was?  When he looks in the mirror, is the man looking back straight and tall, youthful and strong, or must he resign himself to the inevitable changes that time has wrought? Does vanity pass with the passage of time?

And so I hear Carson’s question gently resonate: What’s it like, what’s it like to be you? As the chorus murmurs restlessly in the chamber halls of my mind, gentle crescendos swell softly, now piano, now forte. And so the strains of the melody become clearer, and so I begin to understand the kernel of wisdom lying dormant in the seemingly simple questions, in the man who stumbled onto my porch and into my life, in the folk I secretly study under the bright fluorescent lights.

I can no longer fly past others in the whirlwind of my youthful busyness. I must see them. I must know them. I must hold them in my heart.

I was once that slender and seemingly carefree young girl over there, rushing headlong into the future that I only thought I could predict. The young woman trying on the loveliness of new motherhood, I once danced in her shoes. And so, too, the aged pair ducking their heads against the rain, someday I will measure my journey with careful paces as they do now.

What is it like to be you? Carson’s childish question began as a haunting melody, but it has become a chorus of compassion that I hear with new ears. May I also behold the world with new eyes because of it. 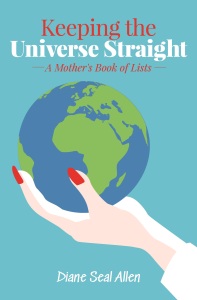 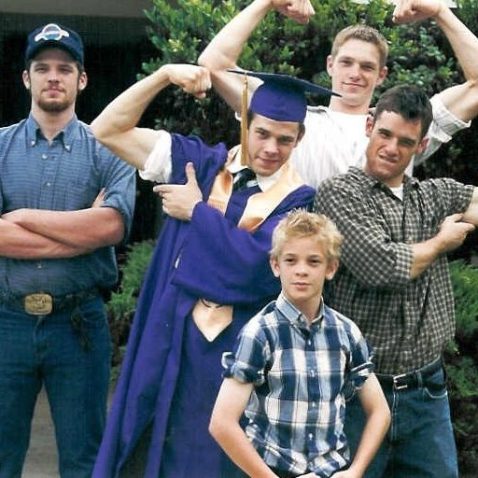 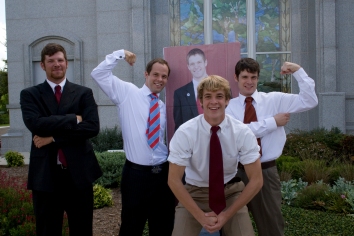 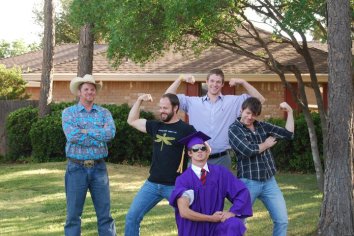 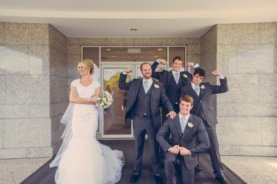 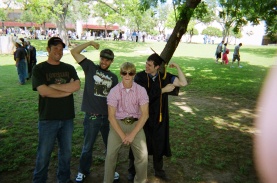 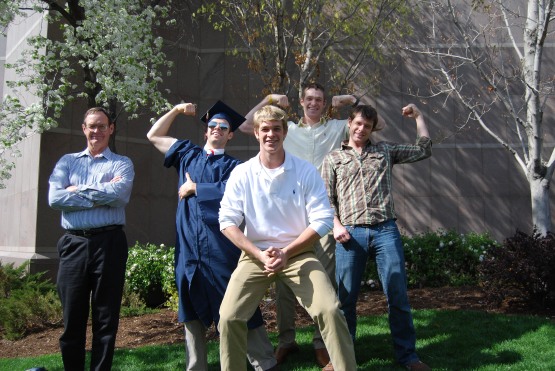